A few thoughts on Twitter chats as course discussion

One of the exciting and fun experiences of the #openlearning17 cMOOC are the twitter chats. I have not been able to participate in all of them, but the ones that I could make it to were energizing, provocative, and – I don’t want to say full of, but they provided their share of ideas and references. Here we are, in different corners of Virginia, the US, and the world, engaging in an intellectual exchange that can fairly easily fit into our schedules, that requires no travel (not even the 20 minutes that it takes me to get from JMU east campus to JMU west campus on the other side of i-81), and that we can pick up at a later time, read again, add new comments to, and so on.

One of the things that makes the chats exciting is the sheer speed with which tweets keep coming in. To me, this feels a bit like being at a party where everybody is talking; in situations like this, I can’t listen to anybody – I simply don’t understand what they’re saying, even if they’re talking to me. Too much confusion, too much firehose drinking. Tweetdeck is therefore an absolute necessity for me in the chats: One column is reserved for #openlearning17 and one column for responses/threads I am engaged in. Still, my sense is that I am slightly lost and don’t know where the conversation is going. I should check the storifies later on (Where are they, by the way? Can't find them!), but I haven’t done so yet.

Recently, I’ve been reminded of the German word Gespräch and the overtones it has for me. The word refers to a conversation, but a Gespräch is a bit more serious and weighty than most conversations (which we might call Unterhaltungen in German – entertainments). It doesn’t have the competitive aspects of a debate (which we call a Debatte); it is less focused than a discussion (which we call – German is sooooo different from English – a Diskussion). 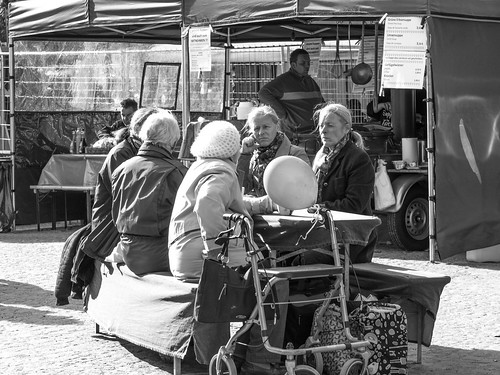 You say something; I listen. There is some silence while we think and take a sip. I respond at length, going on for a while, with a point that seems off topic at first but turns out to be apposite; you listen. You respond. I ask a follow-up question to better understand what you are saying, and you respond. We’re silent again. I add to what you said. You challenge what I say. I take some time to think about this, then offer a qualification. You do not immediately understand and ask me to explain a point. It turns out we understood a phrase I used in opposite ways and laugh, appreciating the humor of the situation. And so on.

I think a good seminar discussion has the characteristics of such a Gespräch. To me, Twitter chats lack some of these characteristics: there is no silence; there are more statements than questions; it is hard for people to explain themselves at length. We’re on a short ride in a fast machine. 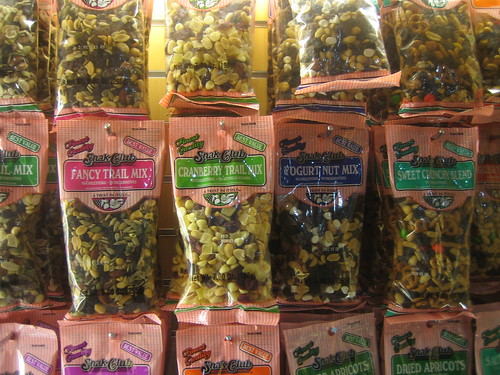 OK, I'm pretty late with this. My day job – workshops to give, roundtables to facilitate, assignments to grade etc. etc. – is running my agenda these days. I am kinda following the readings and listen to all of your blogposts on my one-hour commute, read by ... I think the computer voice's name is Alex. Alex breathes electronically, too, though it sounds occasionally more like a gasp. (If you're interested, I use Instapaper to save articles and strip away most gobbledygook, then create a playlist and have the app read it to me from my iphone. After about 53 minutes, the app crashes and I have some time to listen to cheesy music. Yay!)

I haven't said anything about Vannevar Bush yet. Fun article: There's the geeky "Ooh, look, he envisions the internet. No, it's Wikipedia. No, it's Zotero. No, wait..." part. And then there's the microfilm-nostalgic part. (Hey, have you ever tried to read microcards with your bare eyes?) I enjoyed the connection to hypothes.is made by the #openlearning17 cMOOC creators – nifty tool, and the annotations left by fellow cMOOCistas. And I was pleased by the puns – happy trails and the like. Wondering: did anybody joke with trailmixes? Trailmixtapes? The combinations might open actually meaningful connections – mixtapes as metamusic, just like Bush's annotations and trails and the multidimensional links between texts, tags, notes, and annotators are metatexts.

Two thoughts on those metatexts: First, we have known such things for a while as literature reviews. There you have people combing through sources, picking out relevant bits and pieces, creating connections, structures in a literature. This is how we observe the masters' readings (or the doctors', in many areas, if it's not the graduate assistants who write this stuff*). What's the difference, beyond the technology, which is more clunky and inflexible in the case of the literature reviews and more versatile in the case of a shared database? Honest question. I think part of the answer is the open collaborative possibilities of databases like hypothes.is, whose promises are realized only if enough people participate. (We talked about collective action problems on twitter a while back, no?)

Second thought. Metatexts are texts, too: see literature reviews. Who's gotta read all of this? Bush starts off with the observation that modern science (and lets add other types of scholarship to make it worse) produces increasing amounts of text that is not only too voluminous for any person to read, but also too specialized for persons outside of the specialty to understand. With scholarly trailblazing à la hypothes.is or literature reviews, we create additional text: Is this going to be less specialized, more comprehensible for those who aim to integrate knowledge? And if it is, whose trails are we going to follow – will we get specialized intellectual trail makers? (In that case, why not reading literature reviews?) Will we have our personal fellow trail makers whom we trust, whom we know, with whom we work? Will this create new specializations? Will we create our own new jargon among fellow trailblazers? (We talked about collective action problems on twitter a while back, no?)

*This reminds me of the Great Joke of Great Scholars: in the case of some Harvard law scholar who plagiarized the work of some Yale law scholar and excused it with "my student assistants messed up" or the like, it became clear that the Great Scholars don't actually write the stuff that they don't read. The system is unbroken!